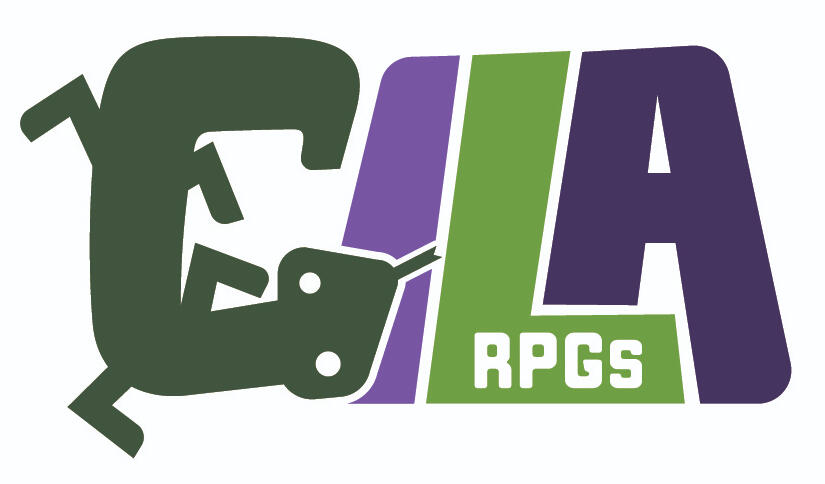 Hey! I'm Spencer Campbell.I design tabletop RPGs.Occasionally I teach psychology.I've got a really amazing dog named Clover.That's about everything you need to know. 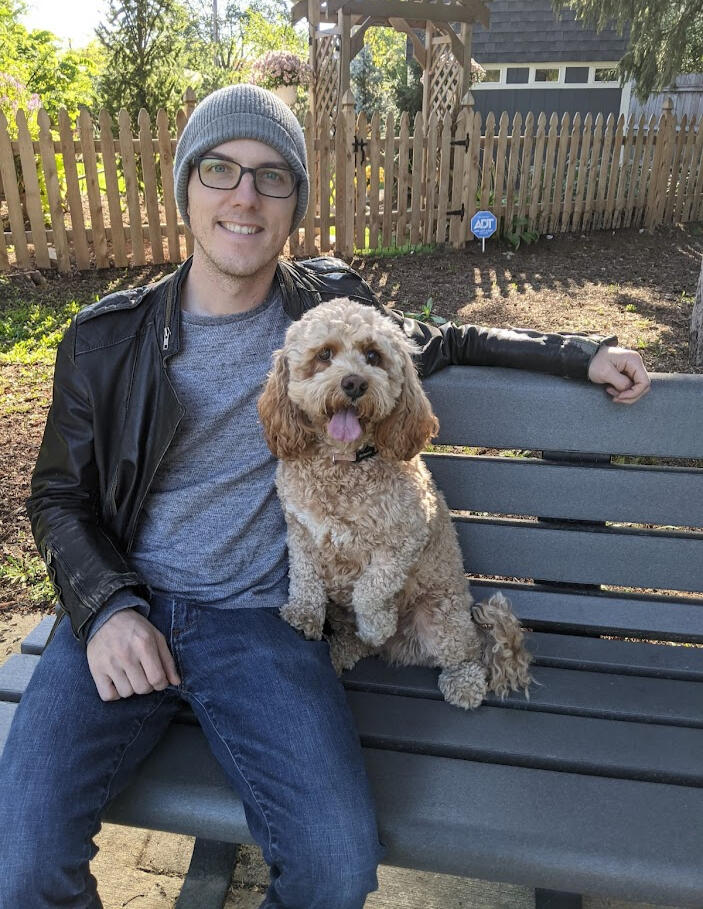 You are a Slayer.
Hunt monsters in a cursed city, which spreads infinitely towards the horizon.
Around every corner, a new world, and a new threat.Slayers uses a simple 4+ system to create an action filled session that moves quickly What sets Slayers apart from other RPGs is its emphasis on asymmetrical combat.Each class in the game uses completely different combat mechanics than the others, allowing the players to have an entirely unique experience at the table.Slayers has received a massive update, called Slayers 1.5. A new print run for this version is available for preorder today! 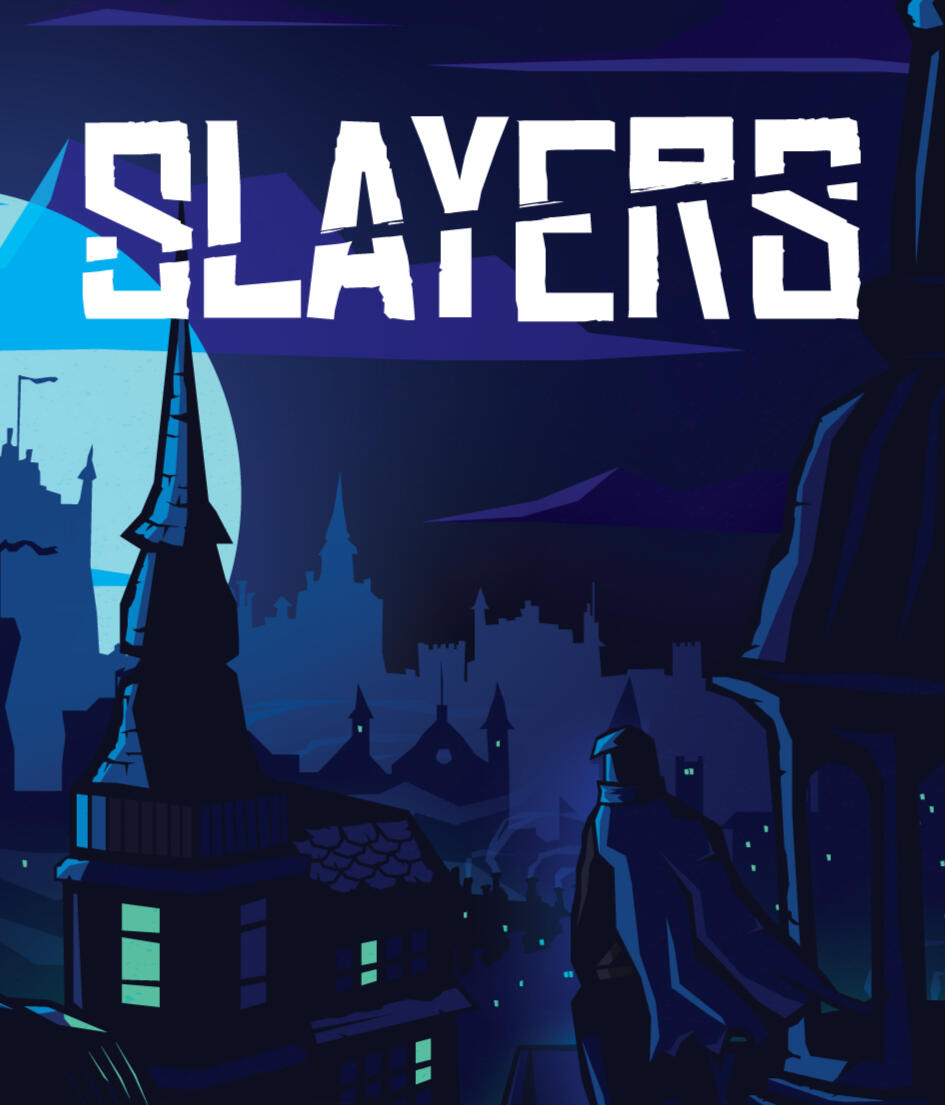 The sun exploded.
You are a Spark, a mech of incredible power.
Go out into the Dusk, and bring a new dawn.NOVA is a rules-lite tabletop RPG in a world where the sun exploded, and humanity struggles to hold onto what little light they have left. The players will pilot exosuits, called Sparks, exploring the dark ruins of old earth, searching for the technology and knowledge that may just bring on a new dawn.NOVA uses the LUMEN system, which is designed for action-packed combat, equipping the players with a set of powers that bring the power fantasy feelings of looter shooters to the tabletop. 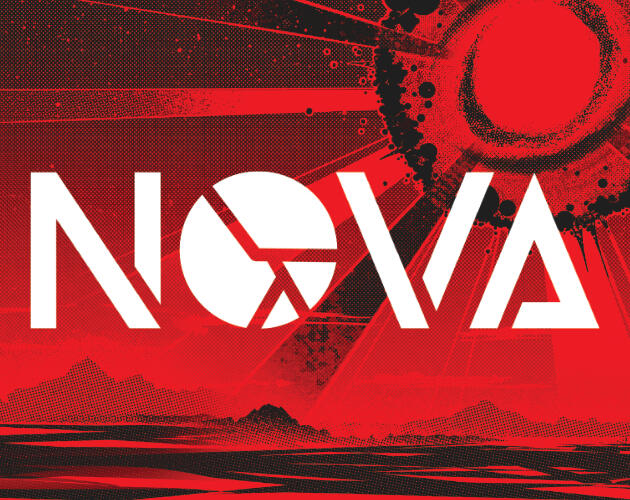 The wastes call.
Not to you, but the iron hanging on your hip.Drifters is a tabletop RPG of cursed gunslingers, wandering the wastes of the frontier in search of problems, and purpose.Carrying a capital-G Gun, you have been granted near immortality. It only costs everything in return.Drift now, your voidborn Gun draws you down the road.Now available as a printed book! 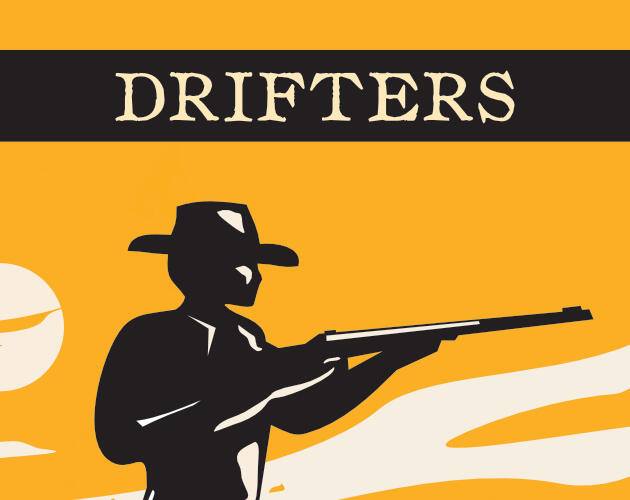 You are a Beacon, an immortal guardian of the last city on Earth. Human civilization crumbles across the system, but you and your kind are a ray of hope in a dark time.Shine Bright.LIGHT is a rule-lite sci-fi RPG. In it, you play as the immortal Beacons, wielders of weapons and the elements themselves. As a squad, you will go on tactical Strikes, pushing back against the Dark that has begun its slow march across the system. Explore ancient ruins for help and resources, fight back against alien forces looking to destroy a weakened Earth, and unravel the mysteries that bind together Light and Dark. 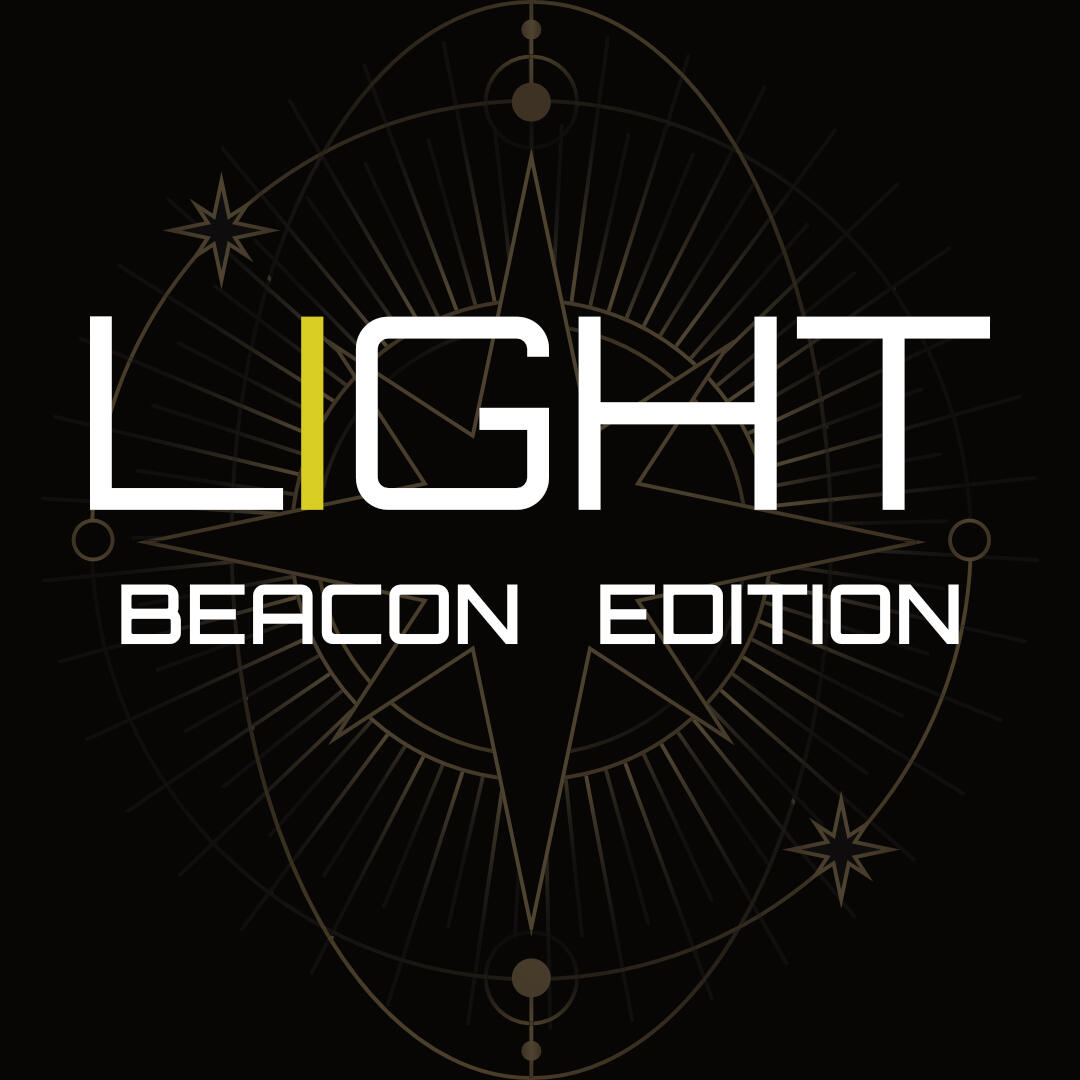 An SRD.
A design philosophy.
A toolkit.LUMEN is an RPG system for action packed, power fantasy games. Inspired by some of my favorite video games and genres, I wanted to capture those exciting moments on the screen, and bring them to the table.Download this free RPG design toolkit and SRD today!
You can also check out all the games made with LUMEN so far. 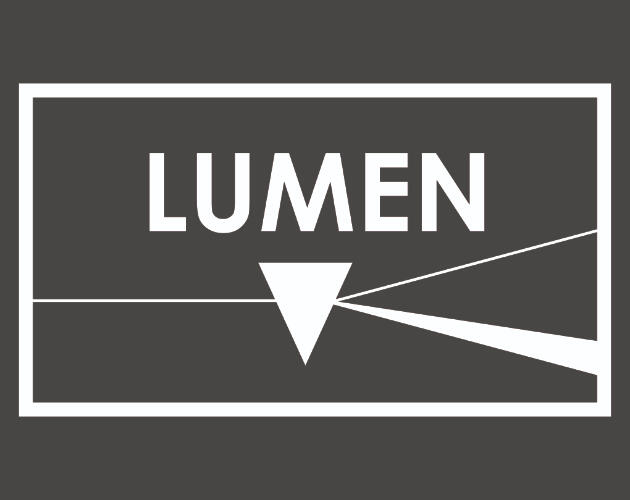 RUNE is a solo TTRPG inspired by Soulslike games, like Dark Souls, Bloodborne, and Elden Ring.In it, you explore a cursed and dangerous world called Obron. Shattered into various regions, you will wander the lands searching for runic power and carving into your being.Order your copy today! 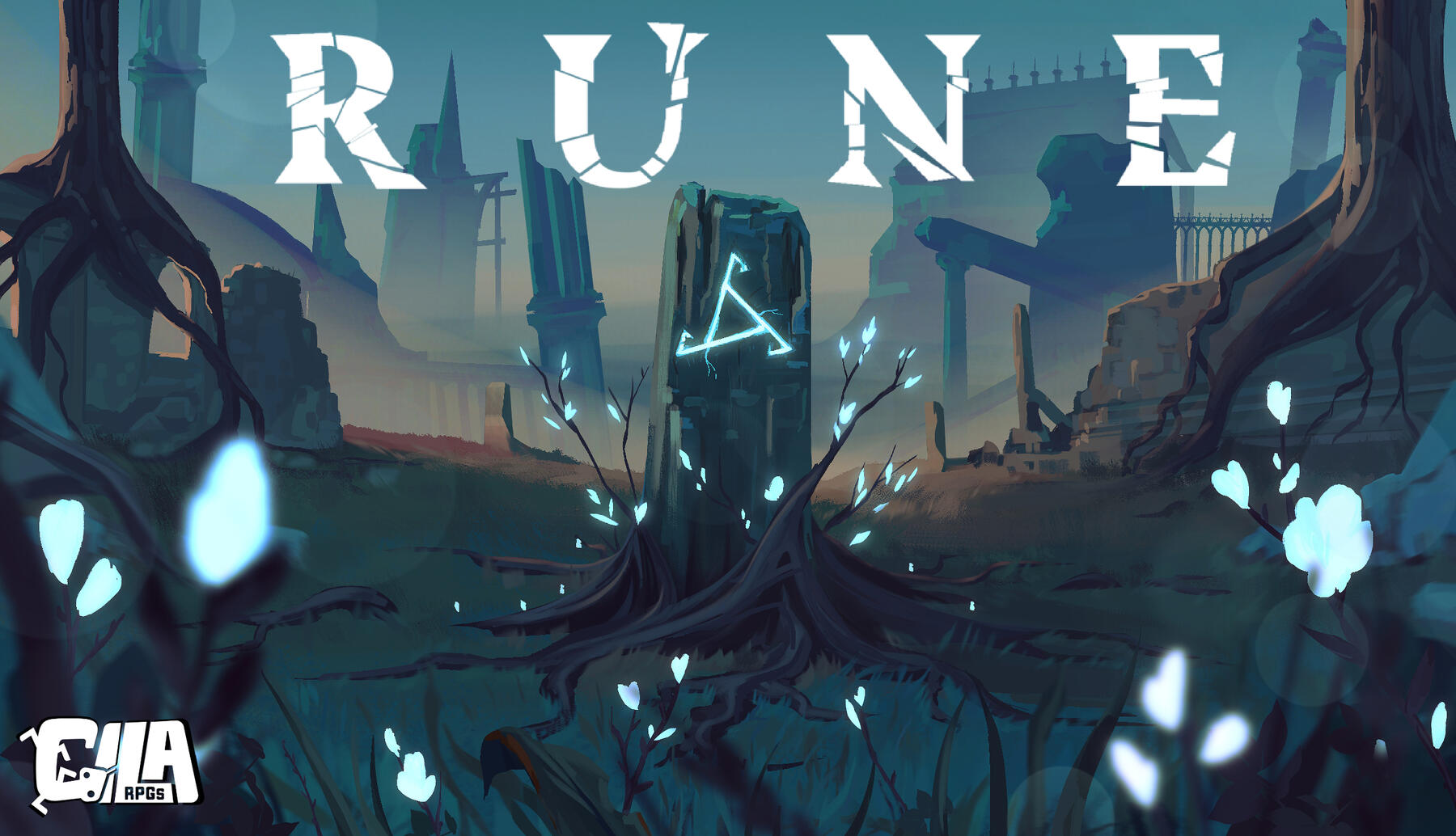 I'll get back to you as soon as I can.

The Slayers 1.5 update is rapidly approaching, and now it's time to give a brief breakdown of some of the changes to expect. If you're unfamiliar with the Slayers 1.5 update, you can read more about it here.Without further ado, here are the changes and updates:Editing!
Slayers now has been edited by a real professional. Will Jobst, who I have been lucky enough to work with in the past has edited the Slayers core rules. Now they will read much more clearly than they did before. Go Will!New Art & Layout
With the update, Mike Rieman, of Dust and Slayers Almanac fame, will be giving Slayers a whole new style. Expect updated layout and art throughout, bringing the world of Slayers to life. Here is a teaser, with his new cover image, an homage to the original.Those are big, and very necessary changes. Now let's get into some of the specific rule changes and updates you can expect to find in 1.5:
General Combat Changes
Every class now has a "Ready Action" that they do when combat is started. The Tactician already had this, and the Gunslinger to an extent with loading up their bullets. Now each class has a clear action they do to get themselves ready to fight a monster.
Move no longer counts as one of your two actions in combat. Every Slayer can make a free Move, at any point in their turn. This will encourage Slayers to move around a bit more, and feel free to use Skill & Quick actions instead of just Moving and Attacking.
It's a lot harder to die now! I've never been a fan of character death. Now Slayers are downed if they reach 0, and can be healed to get back in the fight. A Slayer only dies if they are already brought to 0 HP, and then are hit again.
Blade Changes
New Ready Action where the Blade gets to start a fight in a stance.
Gunslinger Changes
Ready Action is now explicitly loading the gun
Increase Harm per hit to 2 instead of 1. Allows the Gunslinger to keep up with the Blade in lethality without nerfing the Blade.
Trigger Limit is gone! It wasn't fun, so now it's not a thing anymore! The advances related to Trigger Limit have been replaced.
Runes that used to deal no Harm now deal 1 Harm in addition to their effect.
Arcanist Changes
Increase Speed die to d6
Increase starting known spells to 4, giving them some more variety
New Ready Action is choosing a favored spell for the fight. You don't mark corruption when using the base version of the spell, only when you boost it
Monster Changes
General tweaking of wording and numbers of monsters to make their effects clearer.
Formatting of monster statblocks has been improved for usability for the GM, including a reference that all monsters get a free Move action.
Monsters now have three clearly distinct effects: Passive, Actions, Reactions.
Passives used to be called Ongoing.
Note on monsters using skill die of d6 in the very rare situations where you might have them roll a skill.
More advice on making monsters.
District Changes
Wording for NPCs, factions, and rumors has been clarified.
More interesting or enticing rumors have been set up, creating a more unified feel for all of the elements of the district.
General Overall Changes
Clearer examples provided in text.
Cleaned up presentation of the ideas in the GM section.
Reference Page updated to reflect changes in document.
Character sheets updated to reflect changes.That is a basic rundown of the big changes to expect with 1.5! As you can see, this isn't a shift to the "2nd Edition" of Slayers, but instead a refining of the core game. I'm incredibly happy with the changes, and thankful to Will and Mike for making this possible.Revisions are done, and Mike will complete the art and layout early-mid 2022. For everyone who owns Slayers, you'll see your file updated on itch.io when the update is complete! That's all for now, let me know your thoughts on the patch notes on Twitter or Discord!